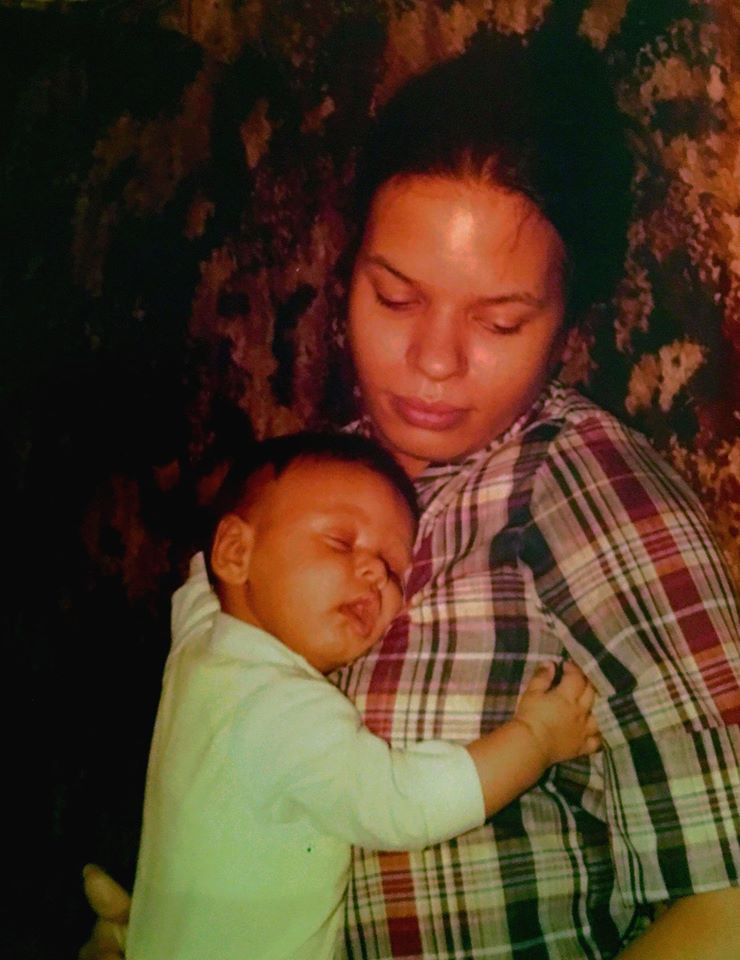 On Sept. 8, 1979, she left a note, drove on the freeway, sat in the car by herself and pulled the trigger. My mom, Joyce, was only 27 years old when she shot and killed herself. I don’t remember anything about her.

I don’t know what my mother’s voice sounds like, what her smell or touch is like. All I have are a few faded pictures and a death certificate. I don’t remember what Christmas morning was like with her or what her fun things to do with me were. My mom missed me earning an athletic scholarship to college. She missed the births of my three kids and my wedding to my beautiful wife. She missed every mistake and every success I’ve ever had.

In Wisconsin, we experienced more than 600 gun deaths in 2015 alone, and nearly 70% of those gun deaths were gun suicides like my mom. Southeastern Wisconsin, particularly Milwaukee, has experienced a deadly amount of gun violence that claimed the lives of 250 people from 2015 to 2016, according to the Journal Sentinel. These aren’t just statistics, these numbers represent the pain that nearly 600 families have endured, families that now join the loneliest club. When you see these numbers and then you meet the families behind the statistics, you understand that the deadly epidemic of gun violence is more than the black-and-white figures on a piece of paper.

But instead of taking meaningful action to reduce gun deaths, some of our representatives in Madison are trying to weaken our existing gun laws. There’s a gun bill being considered in the statehouse, SB 169, that instead of doing anything to make us safer would instead eliminate our permit requirement for concealed carry — taking away a basic safety standard that helps law enforcement ensure that people carrying handguns in public have clean criminal records and safety training.

Wisconsin’s Professional Police Association opposes this proposal on the ground that it eliminates the current training requirement. Recent polling shows a majority (86%) of Wisconsin gun owners think you should have a permit and safety training to carry hidden, loaded handguns in public.

Today marks six weeks since thirty-eight-year incumbent Jim Sensenbrenner was challenged to a series of debates by Khary Penebaker, his Democratic opponent.  The challenge was delivered by certified mail via the US Post Office and announced online.

No response has been received from Jim Sensenbrenner by email, telephone message, text, mailed letter, social media post or any other known form of communication.  Mr. Penebaker did not ascribe any specific motive to the failure to respond, but noted that there is “a long Congressional tradition of laziness” and “a new Congressional fad of ignorance.” Khary Penebaker also refused the possibility that his opponent was trying to distance himself from other Republican candidates. “The Congressman has already shown that he is not afraid to defend Donald Trump’s values.

“The people of Southeastern Wisconsin deserve honesty and hard work from their Congressman, even if he is a nineteen-term incumbent. Congressman Sensenbrenner’s refusal to defend his political values in debate insults citizens who have voted for him for decades, abandons the people who are concerned at the sudden transformation of the National Republican Party, and sets a poor example for students everywhere,” said the Democratic nominee for the US House of Representatives for Wisconsin’s 5th District.

Khary Penebaker believes that voters deserve to know how their next Representative will stand on the issues that affect them such as:

Democracy is not served when our elected officials hide their views from the public.

WAUKESHA – Today, Khary Penebaker, 5th Congressional District Democratic Candidate for Congress, challenged Rep. Jim Sensenbrenner to five debates throughout the district before Election Day.
In a letter sent to the Sensenbrenner Campaign today, Penebaker urged the Representative to give the people of the 5th Congressional District the opportunity to learn where each candidate stands on the issues the citizens care about most.

“Jim Sensenbrenner has been in Congress for nearly four decades with no real record of accomplishment. The people of the 5th congressional district have helped pay his salary during his time in office. They deserve to know whether he will work for their best interests after failing to do so for so many years,” Penebaker said in a statement on Thursday.

“I’ve traveled all over the 5th district and have heard the needs of the people. Our district needs a leader who will help businesses grow and create jobs, raise wages, help young people and their families afford college, and focus on everyone’s best interests, not just those at the top. I believe these are issues that need to be addressed immediately, and I am ready to talk about my plans to better the 5th district. If Jim Sensenbrenner is serious about doing his job, he will agree to these debates and will tell the people how he plans to finally start addressing their needs, not just filling a seat in congress,” Penebaker concluded.

During his time in Congress, Jim Sensenbrenner has been an absentee representative, whose only interest has been serving his big campaign donors.  If Rep. Sensenbrenner wants to prove otherwise, he should accept the debates and tell the people of the 5th district why he is best suited to represent them.